The 2017 Subaru Forester has just been released on the Japanese market but if we had to take a look at the past then it is quite clear that the model is also going to be launched on the US and European markets as well boasting the same upgrades as the Japanese version. The current Forester is quite fresh being released on the market back in 2013 and since then it became one of the better selling crossovers on the market.

Many people would ask “Why?” but the answer is quite simple. The car offers great value for money and it is the only crossover to come with all wheel drive at this price point which is quite impressive.

The bigger and less powerful engine will come equipped with either a six speed manual or with a CVT gearbox, the latter being the one to get over 30 MPG on the highway which is very impressive for an all wheel drive crossover. 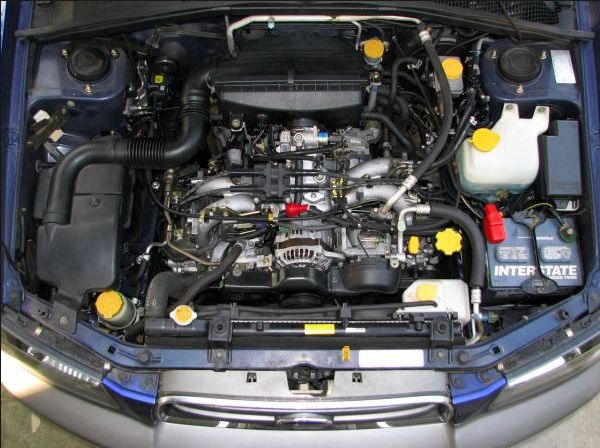 The 2017 Subaru Forester 2 liter version on the other hand will likely stick with just the CVT gearbox which will receive a more aggressive software and paddle shifters but it will not be able to match the fun provided by a manual. This should also see a small boost in fuel consumption on the highway thanks to the addition of slightly better tires and a revised gearbox. Its running gear will not remain unchanged either and it should get a revised steering rack that will provide better response as well as new dampers that should handle the car a bit better on the road. 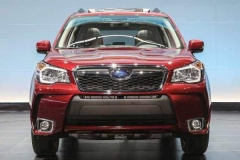 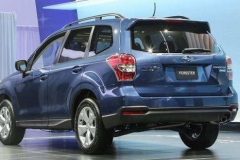 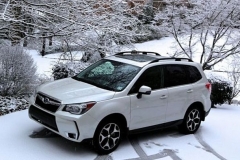 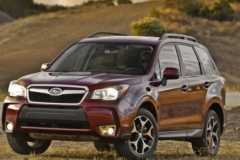 The design of the 2017 Subaru Forester is going to be the biggest change over the ongoing model. It will receive a new front end which will get new inserts for its grille, Xenon headlights as standard which is a nice feature as well as for the first time ever for the Forester, fully LED lit headlights as an option. On top of that, the bumper will get a different design while the back will get new inserts for the LED tail lights and also a new exhaust tip. The designs for its wheels will be updated while both models should come on the market with a few new available colors.

Inside the cabin the 2017 Subaru Forester is going to be mostly identical to the current car which is fine with us because the current model is refined and quite good in terms of materials. However, the car will receive a new safety package which is going to add adaptive headlights, a first for it, and a cross-path detection system. The infotainment system will receive Apple Car Play compatibility and an SD card slot to allow the driver to play music without having to stay connected to the internet. 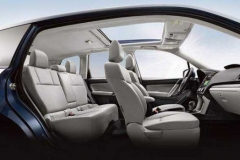 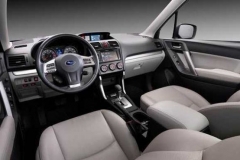 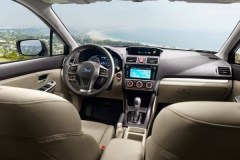 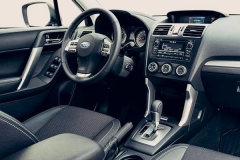 The design will be updated, its engines will be refined and the interior should receive some attention as well. However, do not expect a new model because you will not get it. The car Subaru released and they will be releasing next year in these markets is nothing more than just a small update. The all new model will likely come some time at the end of 2018 when a new platform is also going to be released. The price for the 2017 model should stay the same as before so it will start at just over $23,000 and a premium version will go to well over $35,000.