While details are not available at this point in time, the 2017 GMC Acadia has been spied testing on the open roads and it seems that the model is close to completion. The current model of the three row crossover Acadia has been around for nearly 10 years now so a new  model would allow GMC to become a leader in its class once again after they started to lose ground against the more up to date versions. This could mean that it may even be released at the Los Angeles Auto Show this November and if it will not, then the most likely release date would be next year.

Even though the current model is using a V6, it would be no surprise if the 2017 GMC Acadia will make use of a 2 liter turbocharged inline 4 as the base powertrain. This will likely be offered for the front wheel drive versions of it and it would make a lot of sense because it will provide better fuel consumption and similar performance levels to the old V6 with an expected output of 270 horsepower and 290 lb-ft of torque.

Further up the range, a 3.6 liter direct injected V6 with around 300 horsepower and more than 280 lb-ft of torque could also be installed. Unlike the inline 4 engine, this will also be available with all wheel drive and both of them should come with GM’s new 9 speed automatic as standard. 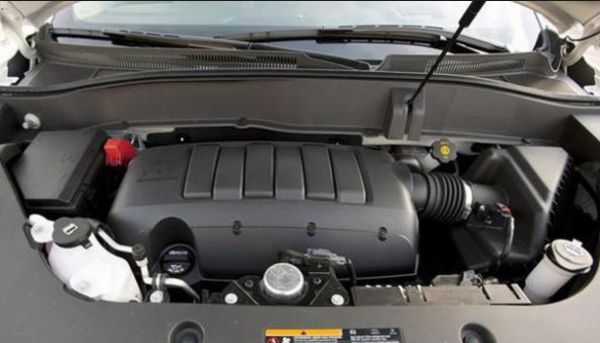 The top of the range Denali version on the other hand will go on a different route. This particular model is expected to make use of a new 3 liter twin-turbocharged V6 which should debut in the early 2016 on other GM products. This will be able to provide around 350 horsepower and 360 lb-ft of torque, all while offering a higher towing rating and better fuel consumption than the larger naturally aspirated V6. Unlike the other two, this particular engine will likely only be available with all wheel drive in order to handle the extra power and torque.

We also have a few details about the interior of the new 2017 GMC Acadia which has been photographed without any camouflage on it. It seems that it will get an all new design with a large 8.4 inch screen on the center of the dashboard, less buttons than before which could mean it will transfer more of its functions to the center screen. A new steering wheel as well as all new materials will also be used and it seems that even the base model will feature a leather wrapped steering wheel, a soft-touch dashboard and premium upholstery. 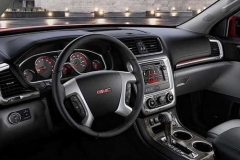 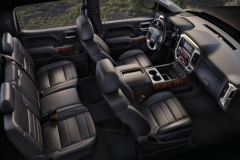 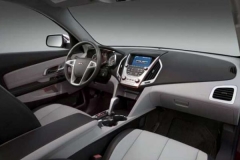 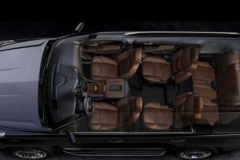 The exterior of the 2017 GMC Acadia on the other hand has not been showcased just yet but the camouflaged model does give us a few details. The boxy wheel arches of the previous model will be carried over to this one as well and the upright front end and rather long body will also be present. However, it seems that it will get new grille and headlights, a completely different design for the side windows and likely standard 19 inch wheels for even the base trim level. 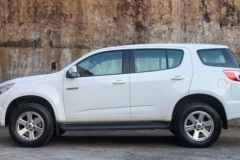 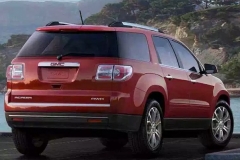 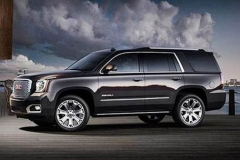 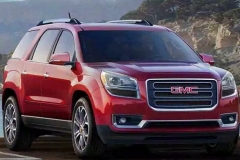 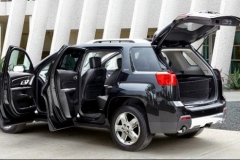 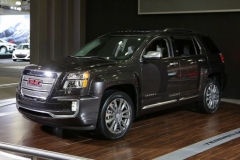 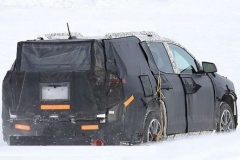 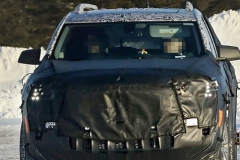 The 2017 GMC Acadia is not using the old platform of the current model but rather an all new C1XX which is basically the crossover version of the E2XX mid-size platform. This should allow GM to drop a few hundred pounds from the total weight of the Acadia and on top of that it should allow for a more customizable design.

The model spied testing looks to be slightly longer and wider than before but similar or even shorter in size which could mean a different target audience. The price has been rumored to remain unchanged which means it will cost between $31,000 for a base version and up to $52,000 for the top tier Denali.