2017 Tesla Model X was finally officially launched some time ago and the production model is far more impressive than many people thought. Starting with the obvious features of the car, it seems that it managed to inherit the design of the concept completely which is quite unusual for a production vehicle. On top of that, it is based on the same platform as the Model S so it should drive just as good as it.

However, there are some drawbacks with the first edition of the 2017 Tesla Model X and the biggest of them all is that it will only be available in its high performance trim levels for now which makes for quite an interesting price point.

Lesser versions of the 2017 Tesla Model X are going to be released in the future but this means that those who wanted to get the base 70D or even the 85D are left without a car until at least next year. In the next month though, the 90D is going to be released which features the same battery as the top of the range model but it does feature less powerful engines.

For now, the two models of the car feature the most powerful engines that will ever be fitted on the Model X. The front axle is being powered by a 259 horsepower electric motor while the rear axle gets a 503 horsepower electric unit. This makes it insanely fast so even the basic P90D will get to 60 MPH in 3.2 seconds while the sportier version will drop that time to less than 3 seconds which for an SUV is unheard of. 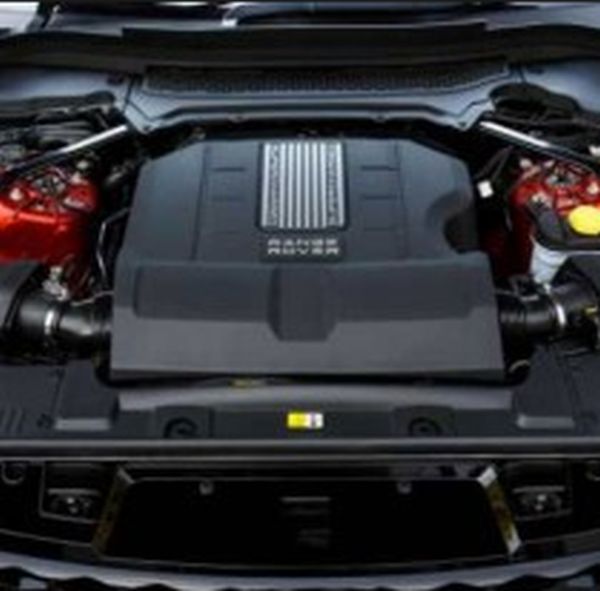 The 90D on the other hand will get 259 horsepower electric motor both in the front and at the back so it will provide a slightly higher range than the 250 miles of the top end version. The top speed has been limited to 155 MPH and while it is not the fastest out there, the Model X is the most aerodynamic SUV ever made with a drag coefficient of just 0.24.

Just as we mentioned above, the design of the 2017 Tesla Model X is probably one of the most interesting features about it. Why? Well, Tesla somehow managed to put into production the rear falcon wings of the concept car released back in 2012. These are mounted on double hinges so they swivel up which will allow for it to be parked really close to the cars near it. Also, the blanked grille of the concept car has been removed which makes it look a bit odd but beautiful nonetheless. There are 20 and 22 inch rims available and the back features an active spoiler to increase efficiency on the highway. 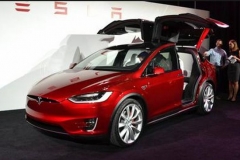 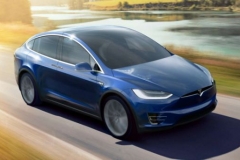 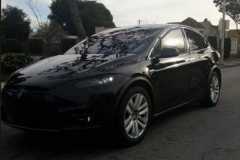 The interior of the 2017 Tesla Model Xon the other hand is very similar to that of the Model S. The dashboard is pretty much identical featuring the same 17 inch console as before but this time the seating arrangement is different. For starters, there is a seven seats version offered as standard while a six seats version is available which replaces the middle seats with two that are nearly identical to those in the front. 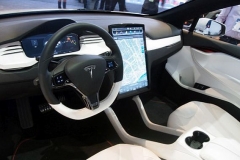 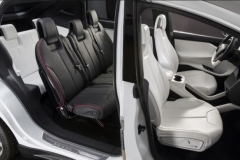 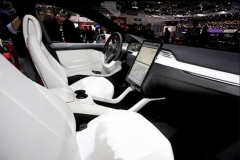 The 2017 Tesla Model X has already started shipping back in September and considering that Tesla has more than 30,000 orders for it, the current waiting line is more than one year which is very impressive for an electric car. However, the price is not all that great considering that the X is currently available in two different versions with its P90D Signature which costs a massive $132,000 while the P90D Founder will set you back $142,000 which is already more than what the Model S costs.