The Encore is a small crossover which offers a really nice cabin for its class, nice exterior looks and even a very fuel efficient engine. However, the current model is starting to get old so a new one is going to be released with the 2017 Buick Encore which is going to feature some visible upgrades over the current generation.

Unfortunately though, just like with the older model the car will basically be a differently badged Opel Mokka which has been designed in Europe for the European market and this is not necessarily a bad thing but it does show especially on the outside where the design is a bit bolder than that of the other Buick cars.

In fact, this time around the 2017 Buick Encore might get two different engines which would make it an even better choice than before because it would give people the chance to choose. The base model will likely get a new 1.5 liter turbocharged inline 4 from GM’s new family of small engines. However, this will provide the same output as before with an expected 140 horsepower but a small increase in torque to around 155 lb-ft. The top of the range model on the other hand will get a more potent 1.6 liter engine which is part of the same family as the previous one. 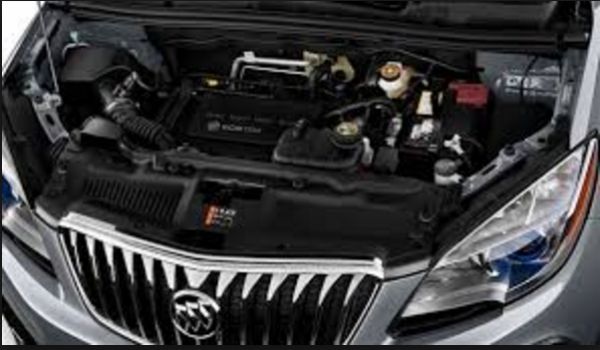 This is expected to provide up to 165 horsepower and 182 lb-ft of torque which would allow it to compete with the other small premium crossovers on the market. Both of them will come as standard with front wheel drive and both of them will be more fuel efficient than the previous 1.4 liter engine.

In fact, the 1.5 liter unit is expected to provide over 40 MPG on the highway thanks to a revised transmission which would be quite impressive. All wheel drive on the other hand might only be offered on the larger of the two which is not ideal but it is understandable considering the smaller one could suffer from the lack of power and torque.

The exterior of the car will not remain unchanged and considering that the camouflaged model was trying to hide its front end as much as possible it is safe to assume that the upcoming 2017 Buick Encore is going to get an all new front end. This may get a new grille and the higher end models could even get full LED headlights, a first in its class. The back will also be revised with new LED clusters for its tail lights as well as a new exhaust pipe. All models should get all new designs for their rims as well as a new front bumper. 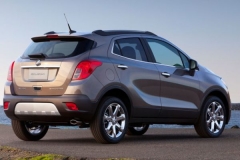 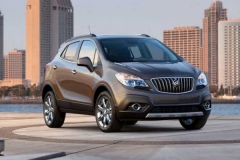 Inside the cabin we are likely going to see just an upgraded interior over that of the current model. The design as well as most of the materials are likely going to stay similar or the same but the car is definitely going to receive a new infotainment system, an optional 4G-LTE system as well as a Wi-Fi hotspot and also more safety features than before which will include an optional adaptive cruise control unit and a frontal collision warning and braking system that will only work up to a certain speed. 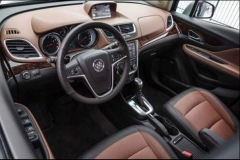 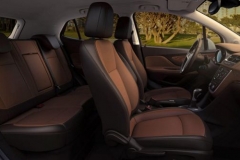 However, leaving the design aside, the 2017 Buick Encore could be a really good family car because it offers and it will continue to offer everything a small family needs and even more than that with exceptional interior quality and a good starting price despite being part of a premium brand. The new model should keep the $25,000 price unchanged but it will get an exterior facelift, slight changes to the interior as well as a lot of powertrain upgrades.