The 2014 Audi RS7 is powerful sportback. Some might even call it a supercar, if we just focus on it’s performance and not on interior, exterior, safety features etc, we might think they are right. Audi RS7 is still not a real supercar, but a supercar anybody can rent, drive around and pick up girls with. It is the most powerful RS Audi model sold in United States. 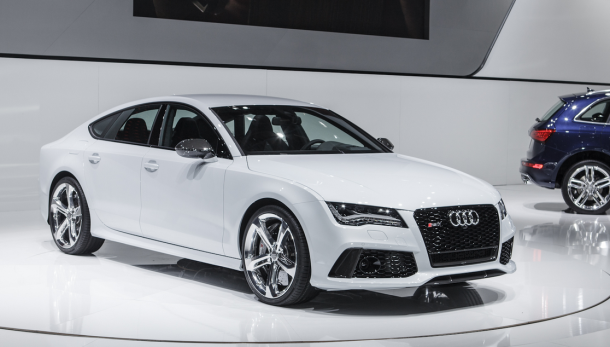 Inside and Outside Look

Audi RS7 has a typical fastback line with some uniformed Audi design on the front and rear end of the car. It has front and back spoilers wide Audi singleframe grille and big Audi badge on it. It comes with 20″ 7-twin-spoke RS design (Silver finish) wheels, LED headlights, LED taillights and rear fog lights and power-folding side mirrors. 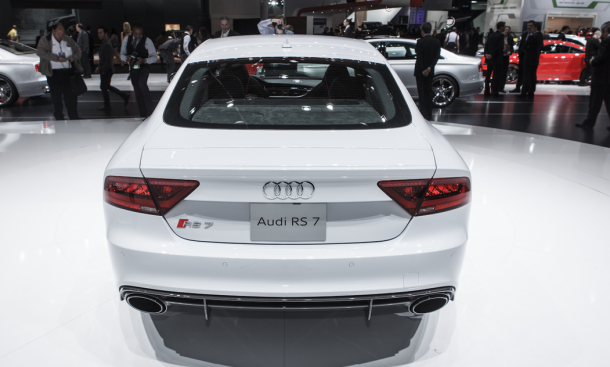 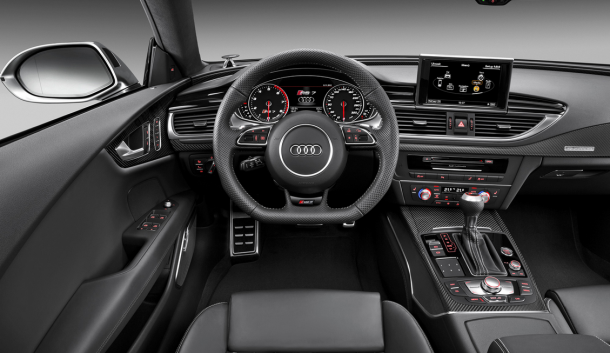 The Engine and superior performance

The most notable thing on this car is its engine and its performance. This car comes with twin-turbocharged, 4.0-liter V8 beast engine. It produces amazing 560 horsepower and 516 pound-feet of torque. From 0 to 60 mph it accelerates in only 3,8 seconds. With this unbelievably strong motor Audi RS7 can reach maximum speed of 174 mph. It’s one of the fastest cars in it’s class and the fact that its shell is made out of light materials gives it even bigger advantage when racing. By EPA estimate this car’s fuel efficiency goes around 19 mpg in combined city and highway conditions. 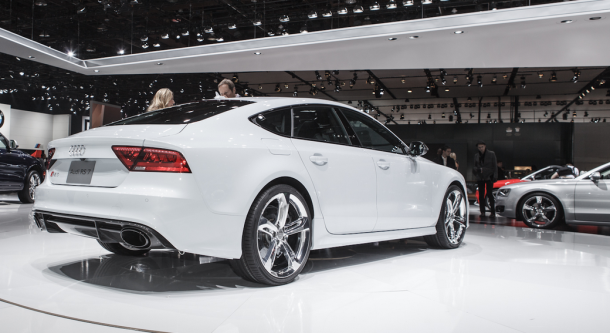 This is an expensive car, definitely not for everybody’s pocket. $104,900 is its basic price without any additional options. If after this text you wish to try one of these beasts by yourself, maybe it will be a better option to rent it, that’s if you are not a successful Wall Street trader or something like that. 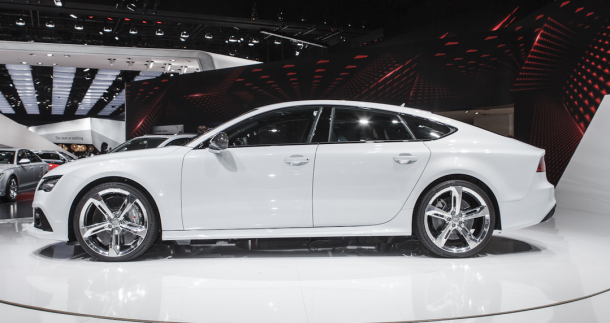 Audi gave much to performance of this model. In United Kingdom they call these type of cars an executive sedans, which is definitely an appropriate name for them. It’s understandable why more and more political figures choose bulletproof Audis to drive around, these cars are as fast as they can get.