2016 Chevrolet Malibu hybrid is a combination of internal combustion engine and two electric motors. Former unit is 1.8L 4-cylinder one, while couple of electric motors and 1.5 kWh lithium-ion battery pack raise the total output to 182 horses. Much of this powertrain was made with Chevy Volt’s consent and it’s nice to see that GM’s engineers actually learned from their mistakes and quickly fixed both car’s flaws. 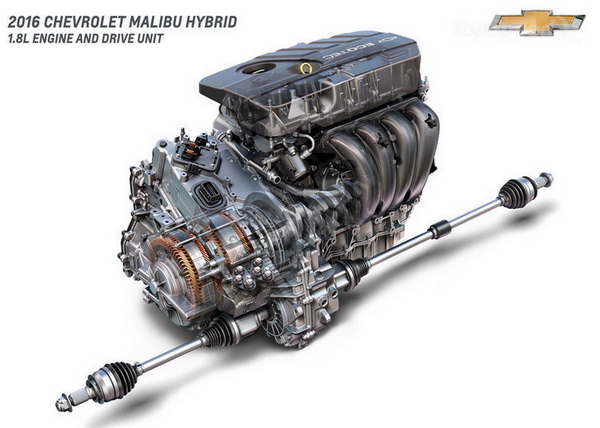 New design is derived from Chevy Impala; at least from up front. Grille, however is different and features more than few unconventional lines. Midsection offers plenty of chrome bounds and Malibu lettering at the mid-right side of front doors. Around the back, 2016 Chevrolet Malibu hybrid gets a short overhang thanks to slow-descending roofline, and couple of trapezoidal tail-lights, cut in half by the trunk lid.

From technical side, new Malibu is around 300 pounds lighter than outgoing model despite the fact that it actually grew in size. These are great news for Malibu enthusiasts as they’ll finally be able to sit back and relax in that, previously cramped rear seat. 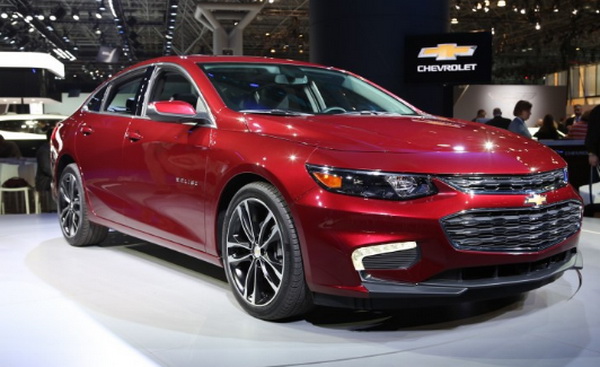 Apart from getting slightly bigger, new Malibu’s interior has been redesigned as well. New models feature sleek dashboard with plenty of overlaps. Even though on the small side, dash is visually large and offers all available controls in its center. That’s where new, tablet-like touch screen display sits as well. While lower tiers get 7-inch unit, upper grades benefit from 8-inch upgrade which includes navigation as well. Materials used are also improved. All surfaces are soft to the touch and range from fabric cloth to leather upholstery and from soft plastic to leather-wrapped dash. 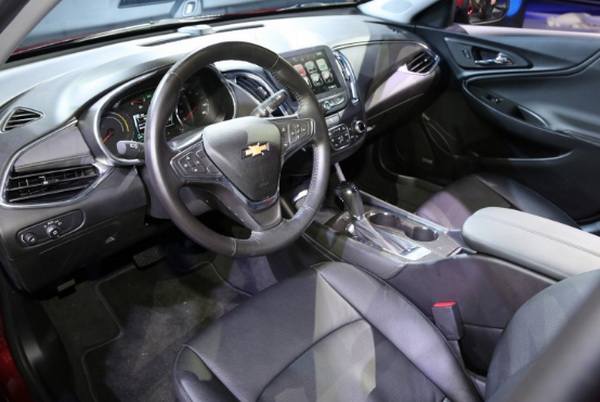 There’s even some natural wood at the foot of control panel. Chevy’s new strategy means that all models will be offered with onboard Wi-Fi router and 4G LTE capability, together with all other available connectivity options. Safety features are among the best in class too.

Unlike its distant, mild-hybrid ancestor, 2016 Chevrolet Malibu hybrid offers pretty impressive fuel economy ratings. It receives 48 mpg in the city and 45 mpg on the highway from EPA. That amounts to 47 mpg combined for a price tag which starts from below $30,000 mark.

2016 Chevrolet Malibu hybrid is better than its predecessor in every single aspect. It returns much better fuel efficiency figures which is its main purpose, and many people would announce the winner right here. However, it also looks better, feels better to the touch and gives you more advanced tech options. All in all, 2016 year model is winner by unanimous decision. 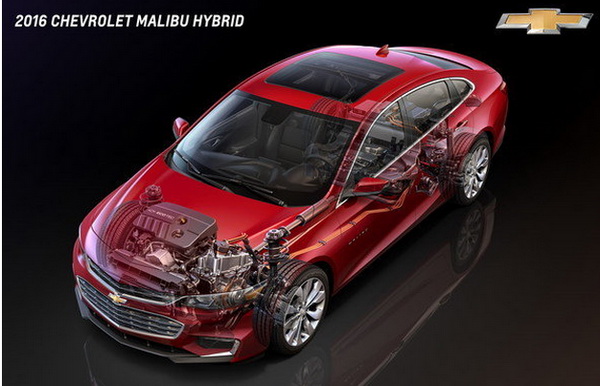