The new 2015 Audi S3 is the sport sedan version of Audi A3 hatchback vehicle. Title ‘’sport’’ was given to numerous vehicles in the past, but Audi S3 is as sporty as it gets, with its looks and especially with its performance. 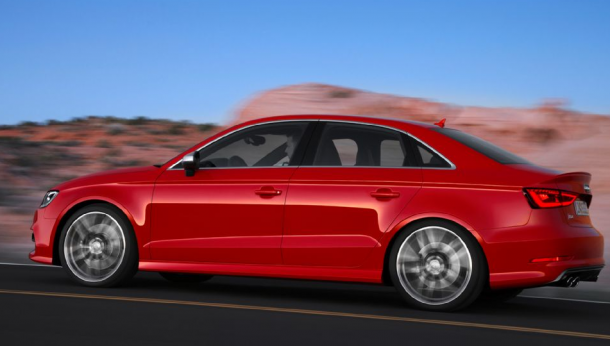 In making 2015 Audi S3, Audi didn’t go far off their regular track. This sedan looks similar to all other Audi models. It’s a standard prize winning line that most of German sedan vehicles have. Although this sedan is perfectly well designed it didn’t offer anything new on the sedan design front. We are wondering when is Audi going to star experimenting a little bit and giving it’s vehicles some new more innovative look. 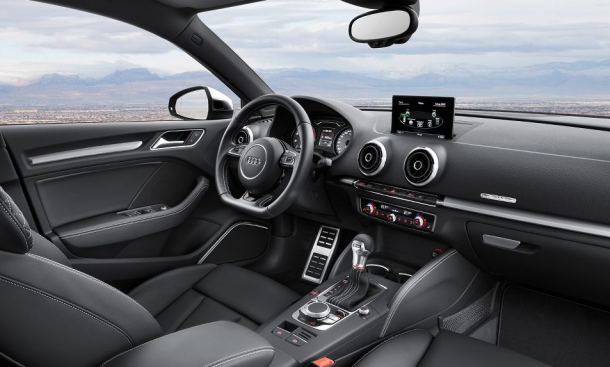 2015 Audi S3 is little bit shorter then regular sedans sold in the United States. That’s very obvious when you are siting inside the car. Both front and back seats have much less leg space then regular US sedan vehicles. It is easy to crawl into a back seat, but it is hard to sit there for a long time, since it doesn’t have enough leg space for an adult to feel comfortable. 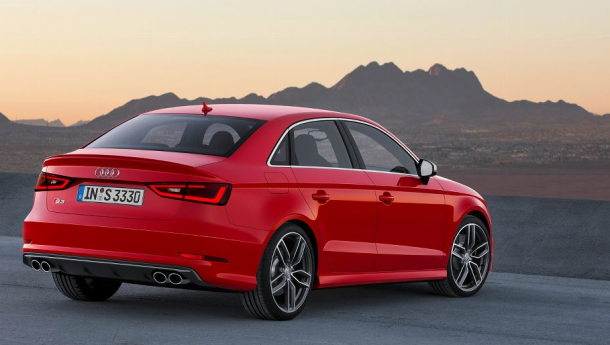 S3 comes with leather upholstery, even in a basic version, power windows, locks and mirrors, cruise control, Bluetooth, and a sunroof. This model comes with pop out screen with Multi-Media interface and navigation which also goes through the same screen. It also has installed Audi Connect with it’s numerous connectivity options. 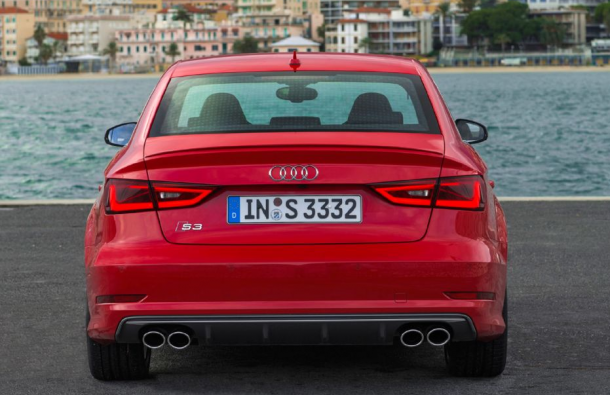 This year’s S3 model comes with 2.0-liter direct-injected and forced-induction four-cylinder engine which can pull out 290 horsepower and 280 lb pt of torque. This vehicle can reach maximum speed of 155 mph and it goes fro 0 to 60 mph in only 4,8 seconds which is quite impressive. It also comes with six-speed version of paddle-shifted, dual-clutch transmission and manual transmission version which is not going to available in the States. 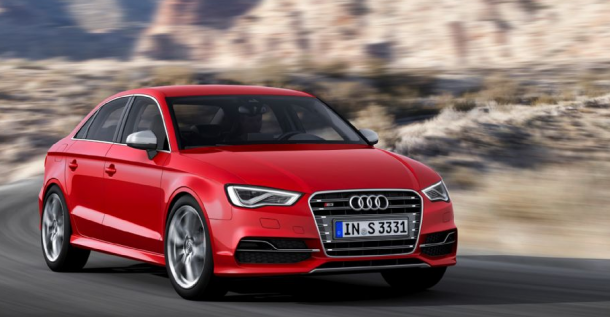 Price of this vehicle will go around $40,000 give or take. It will be available at dealers stores in the summer , this year. Soon the exact price of this car for American market is going to be revealed.
Audi S3 was quite successful since it split ways with it’s little brother A3. Although this sport sedan has some obvious flaws, it’s mostly because is more European type of sedan and we are not used to that. It has great number of cool features and with good campaign in the United states it can follow the success of Audi A3.