Ford Everest is an SUV, 5 door model based on much more famous Ford Ranger pickup truck and made in turn of Mazda B series on first generation vehicles and Mazda BT50 on second generation Ford Everests. It’s produced in Thailand since the year 2003. Model for the year 2015 is also made for Australian market based on Ford Ranger T6 model. According to some rumors, we can see the 2014 Ford Everest at showrooms in fall 2014 and early 2015. 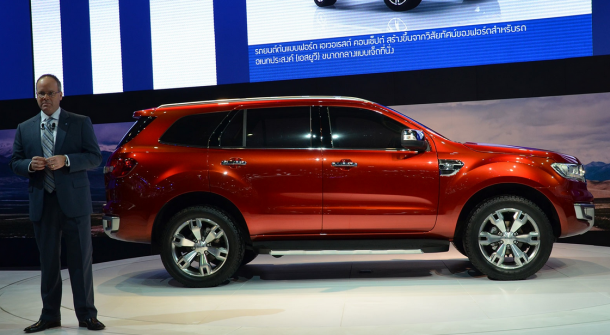 2014 Ford Everest exterior design looks bumpy, powerful and masculine. Exactly the thing buyers of these kind of vehicles expect. It has new designed headlights that are swept back so they can give a unique modern and aerodynamic look to the front part of the car and go very well with inverted trapezoid grille on the front. This grille design is very prominent in last Ford SUV models. Some people say this design is so strong that sometimes looks even intimidating, which one the other side can be considered as a compliment because Ford recognized what possible buyers of this model are looking for in an SUV. 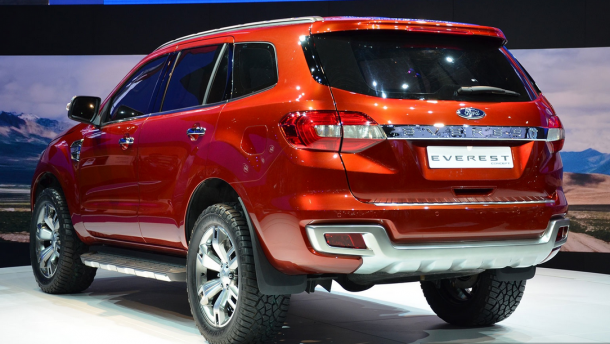 2014 Ford Everest is an 8 seater SUV. This model will definitely have some new inside features, maybe a redesign dashboard since it was covered on most of the teaser photos Ford gave to the press. We can also expect to see Hill Start Assist Control and SYNC interface in car’s infotainment section.
Engine of the new Ford Everest model will probably be the same as the one Ford Ranger has, so we can expect 2.2-liter 4-cylinder or 3.2-liter inline-5 engine. It will come with electric transmission 6-speed automatic or 6-speed manual.

Ford did a lot on security features with this model. We can expect Electronic Stability Program, LED daytime running lights as well as park lights the same ones we can see on Ford EcoSport model.
Price of the new model will go from $30,000 to $40,000 depending on the trim. We can expect that the sale of this model will start somewhere around winter this year, or beginning of 2015. 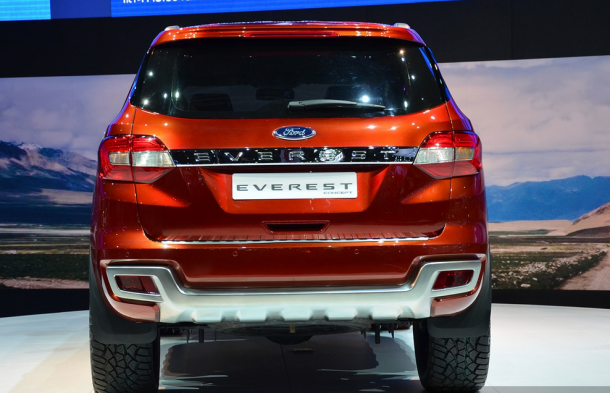 Although Ford is moving it’s producing facilities from Australia they still count on good sales of their models there. This model is made to reproduce Ford Territory for the Australian market. This model can have bright future since the global sale of trucks and SUV vehicles is on constant rise, with last years 12% and Ford’s stats say that they had an incredible 35% rise in sales of their SUVs from 2012. onwards.

The Everest is prepared to be an actual off-roader and will contend against such classy models such as Holden Colorado 7. The 2014 Ford Everest is incredibly hassle-free and friendly for users. Service plans and service warranties go along with this package. This model is most definitely a wonderful option and possibly the very best one out there that you could nab. It is visiting be a definitely worthwhile financial investment.